I have been blessed to be a caregiver for 3 quadriplegic men. Below is a piece I wrote after my brother Jeff passed, published in a magazine called New Mobility, which he wrote for.

May your spirit soar Jeff!

May many continue to learn

from your wisdom and tenacity!

A Scene From Jeff’s Final Act

From the editor of New Mobility, who published this piece:

…The following is an excerpt from the personal reflections of Jeff Shannon’s sister, Susan, on the day of her brother’s passing. She was in the midst of doing chaplaincy work with inmates at San Quentin prison when she stepped out for a moment to talk to her brother and sister in law who were in the hospital with Jeff.  In this narrative, she has just communicated with Jeff for the last time, and she knows that he intended to have his ventilator disconnected within the next 30 minutes… 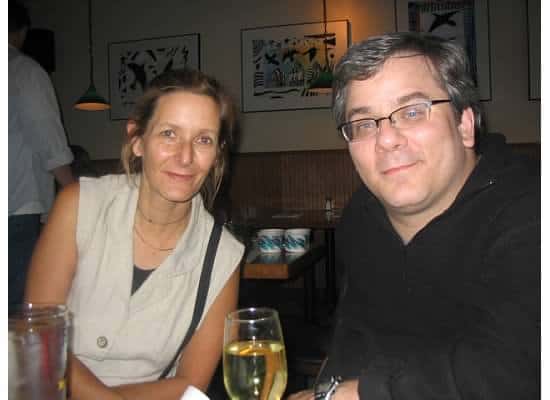 I stood there in the parking lot at San Quentin State Prison, completely pulled apart at what was happening. I had just had my last conversation with my beloved brother Jeff, and yet was committed to going back to facilitating a class at San Quentin State Prison. I wanted to be sitting in silence when Jeff’s spirit departed, but had to at least go back into the prison to tell the men that I was going to leave our class early.

Even still, how could I go back into the prison after this conversation? Well, for one thing, Jeff would want me to. For another, I had to tell my supervisor that I would be leaving and ask him to cover my afternoon group. Many of the inmates I work with on Fridays already knew what was going on with Jeff. They all knew he was the inspiration for so much of my life, especially during the years I lost normal use of my arms and hands. Jeff’s story, courage and determination had also come up during our discussions about  the different kinds of prison that people experience on an inner and outer level — prison is not just about living in a cage with bars.

As I walked down the yard towards the room where our group was meeting, I realized that even this is a gift of Jeff’s — that I can walk through this prison where hundreds, thousands of men have had the experience of losing a brother, but have not had the gift I just had of a last interaction. My heart swelled, along with my eyes.

Thank you, Jeff, as you are ready to soar, for adding yet another layer of compassion for these men I work with.

An inmate who knew I had stepped out to make a call to my brother was waiting for me at the edge of the exercise yard. He looked into my face and said “It’s ok Sue,  (no one calls me Sue but Jeff and this inmate, who I am forever indebted to for this kindness of witness and walking together, thank you DB) you don’t need to say anything. I’m just here to support you and accompany you in this moment.”

When I walked in the room, 35 men, mostly doing life sentences in prison — men representing every age, culture and color, men who had just graduated from a year-long grueling group based on deep, emotional healing and transformation of anger — read my face in unison and spontaneously circled up around me. One by one they shared their tears, praying for Jeff’s swift flight, freedom, joy, and wishing my family and me strength and care. I was electrified by this moment of receiving the blessings of 35 brothers joining my little brother’s spirit as it dropped its finished form.

As I walked out of the room, one of the men whose brother was brutally murdered just a month ago, grasped my hands and pledged his strength and prayers for my family and me. Another man who paroles in January after 35 years in prison, and who hopes to see his brother one last time (who was in the ICU and dying), asked for the three of us to circle up … in “a prayer for the passing of all our brothers.” We stood there together, a triangle of strength, weakness and intention, as my own brother Jeff untied from his mortal coil, hosting his send-off with the oddity and perfection of loss, as well as the profound connection of all beings.

Jeff would have loved it.

Would it have made it into the movie?

On Monday, the day Jeff had told me he was sure he qualified legally for the “right to die” status, he said that the only thing he could imagine staying alive for now was to write a screenplay.

Jeff, if your final act is any indication, I say this is already Oscar material.

Home is Where the Heart is